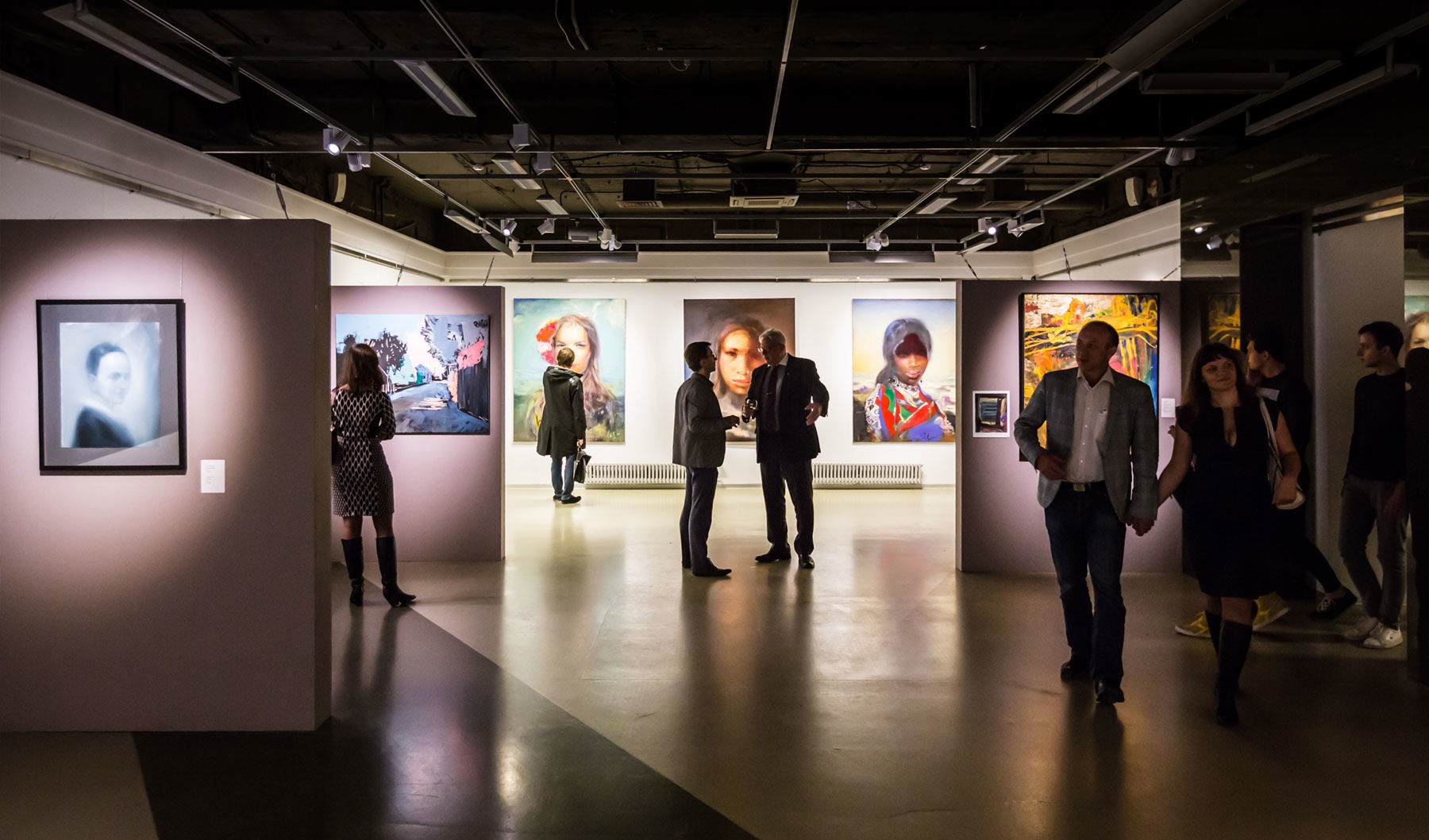 The Latvian artists invited to be part of the exhibition In Endless Motion at Erarta museum in Saint Petersburg — Daiga Krūze, Līga Ķempe, Atis Jākobsons, Kaspars Perskis, Dace Dēliņa–Lipska and Ilgvars Zalāns, all have obtained their education from the Art Academy of Latvia and their work has been well known in the particular art circles for years. Although the local contemporary art scene has not been very favourable towards painting, those who are actively pursuing this medium have proved that the painting has never lost its prominence in Latvia. It has been admired and even worshiped as one of the strongest mediums of arts.

One of the artists whose work is very grounded in an intuitive mastery is Daiga Krūze. She tends to play with the surfaces of colour and brush stroke building abstract imaginary lands, taking the departure point in landscape and her surroundings that are not always based in the reality that we know but instead are coming from her emotional landscape revealing itself in a very intimate way.

The artist Ilgvars Zalāns deals with the expression of painting, which is one of the main tasks and also challenges of his practice. As a self-taught artist Ilgvars has engaged with many different approaches throughout his artistic career, favouring work that origins in action painting and performance, which he has been practicing since 2007. He produces paintings on canvas as well, that we see in the exhibition. Yet there’s a close link between his work on two-dimensional surface and action painting, manifested in lots of spontaneity, impulsiveness, the wildness of colour and unexpectedness.

The artist Līga Ķempe is particularly focused on various aspects of technique in her work. Building her paintings with many layers of colour, scratching, glazing, smoothing, grinding, etc., she seeks for a certain glaze of the work. The paintings often literally become a polished piece of gem. Although her work might be put in the frame of a more decorative/salon art, it still carries thematically interesting aspects, for example focusing on women.

Another artist interested in the topic of womanhood is Dace Dēliņa–Lipska. Her paintings consist of multicoloured, bright brush strokes revealing complex characters. There’s an interesting relationship between the momentum the artist tries to capture and the subject full of composite contextual information. For example, in the recent series she explores the women of suiti and seti, ethnic groups with long historical traditions living in Western part of Latvia and in Sothern part of Estonia and Russia. The focus is on their visual appearance — the posture, the clothes, the sturdiness of their faces — signifying the strength that is part of these women’s identity built throughout the centuries and kept till today.

In contract to Dace’s radiant painting, Kaspars Perskis’ work bears a monochrome palette. He focuses mostly on a black, muddy colour and saturated gray as the main elements of his work. The opaque colours and rather rough brushwork yet tend to engage with a lyrical tone, most often capturing a human figure, in many paintings a woman. There’s a certain minimalism in his work, not much going on. The human presence rather builds a feeling, a condition of a mood instead of aiming for a mimetic reality.

Atis Jākobsons, the last one in the list of Latvian artists exhibited in the show, points his attention towards the exploration of gender, looking for the liminal space that declares what is feminine and masculine. By playing with different images and characters, especially in the genre of portrait, he is experimenting with the perception of a viewer, trying to challenge our conjectures. Atis’ work in general masterly combines the explorations of selfies on social media, following today’s obsession with narcissistic image, and his interest in the traditions of painting and drawing refocusing again on the classical genre of portrait which for many centuries served as a mirror to the representation of both the social class, wealth, as well as self-expression and reflection. The production of his work always involves engagement with the captured people either carrying conversations with them, sketching, or photographing, therefore gaining a certain access to their psychological map that is an important aspect for the final picture. Practicing art in its traditional manner can be a certain tool for him to regain one to one communication with another human being, something we are slowly loosing in our lives due to technological impact.

The diversity these six painters show affirms that the painting today is so varied and multidimensional that it can offer an exciting experience for almost everyone. The painting as a medium continues to challenge itself and others, it asks to be investigated and evaluated, especially when we look at the traditional means of its expression. There is no outdated language today, at least not inside the medium. The exhibition In Endless Motion at Erarta with the artists it shows stands for the diverse practices, re-negotiating the representation of painting and aiming to give. 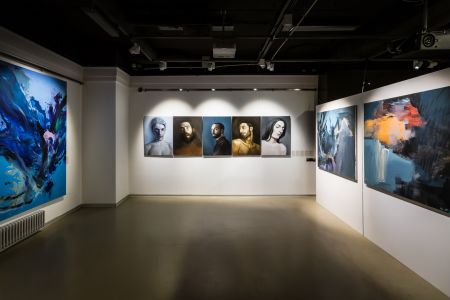 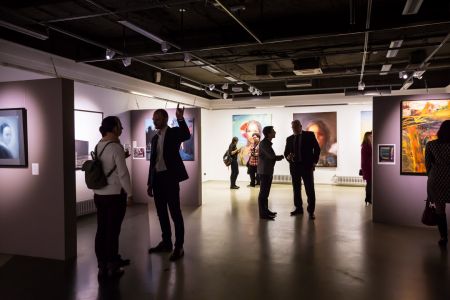 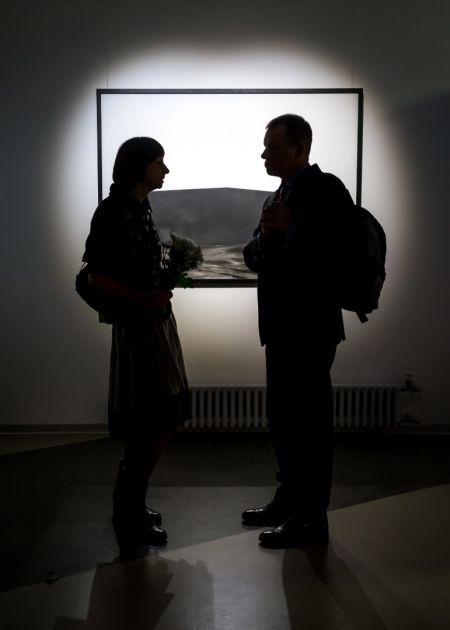 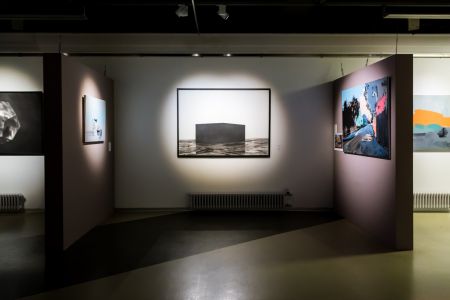 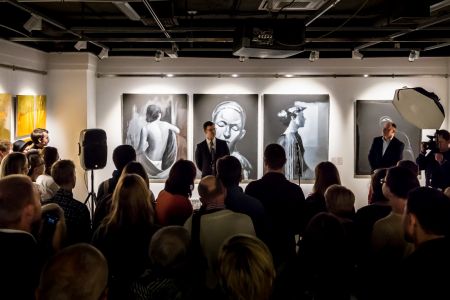 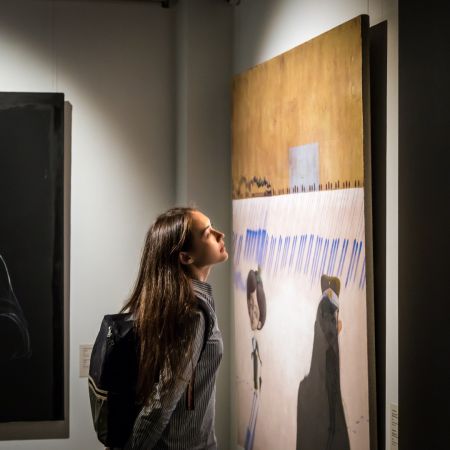 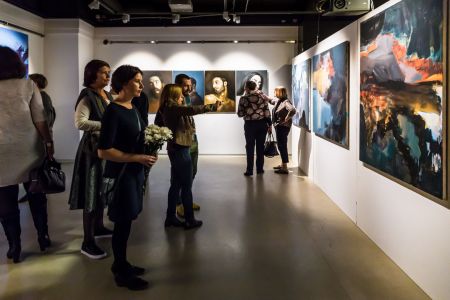 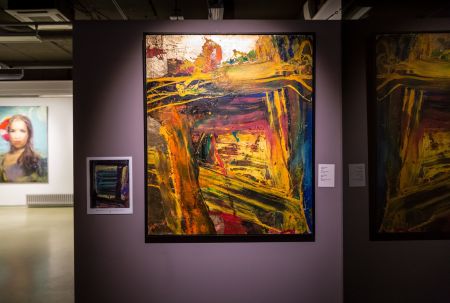 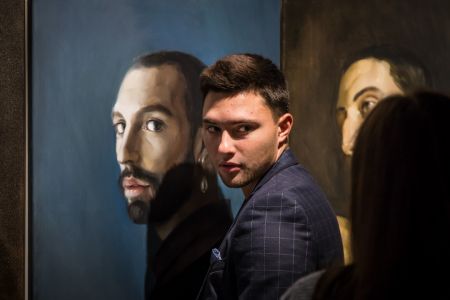 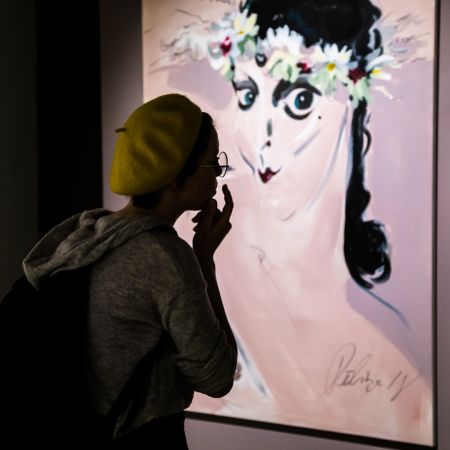 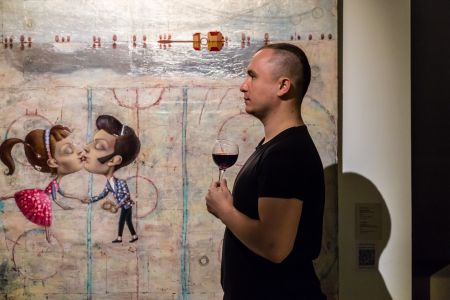 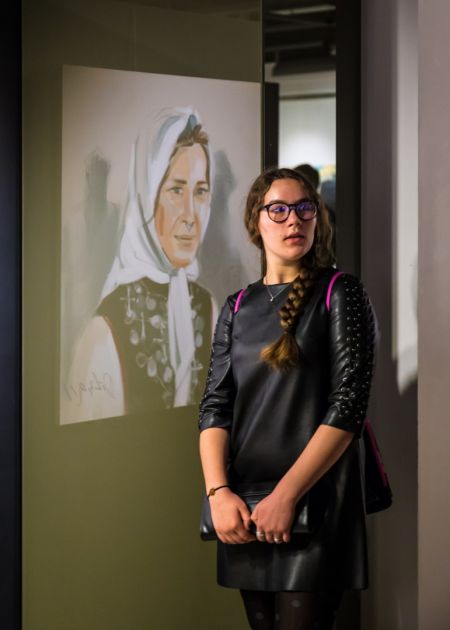 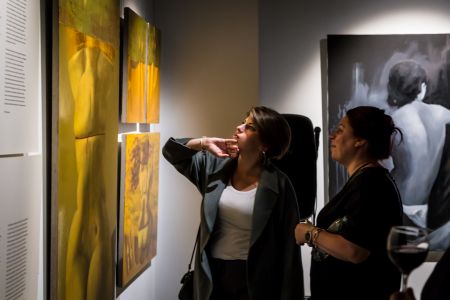 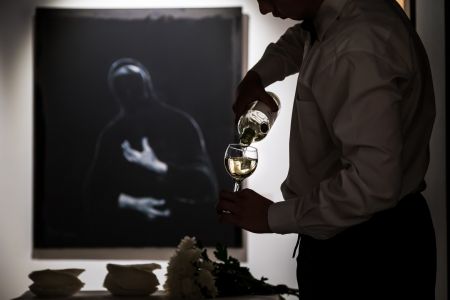 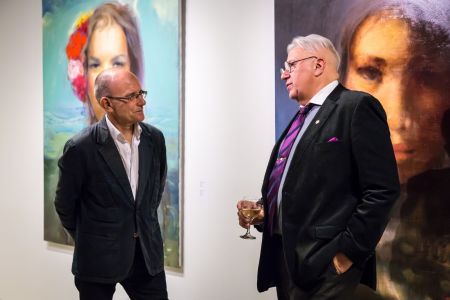 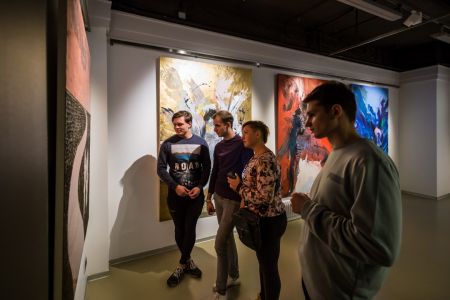 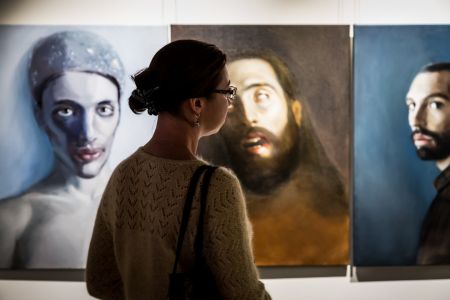 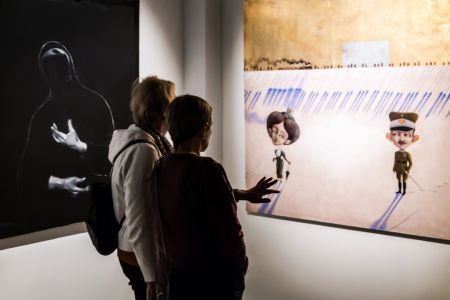 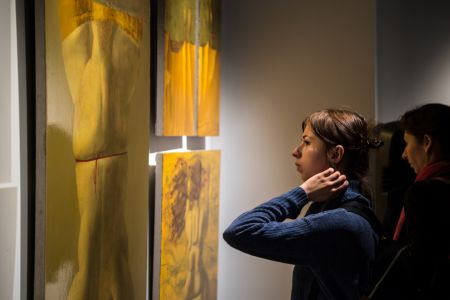 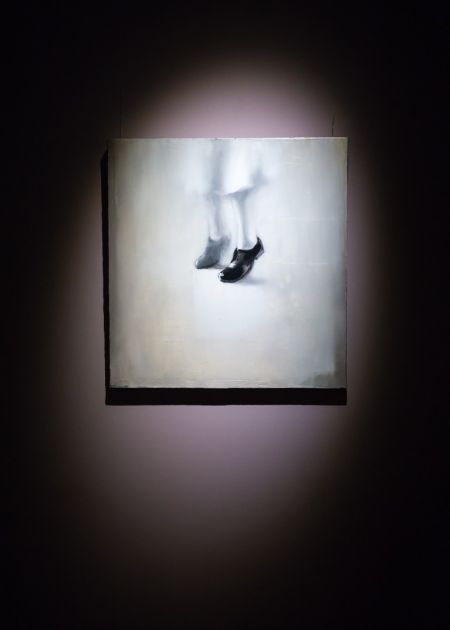 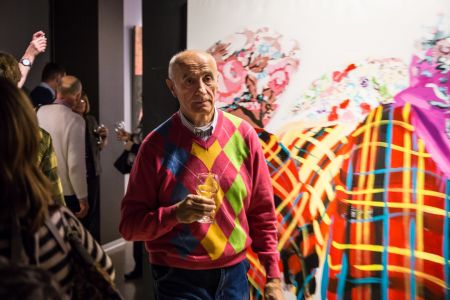 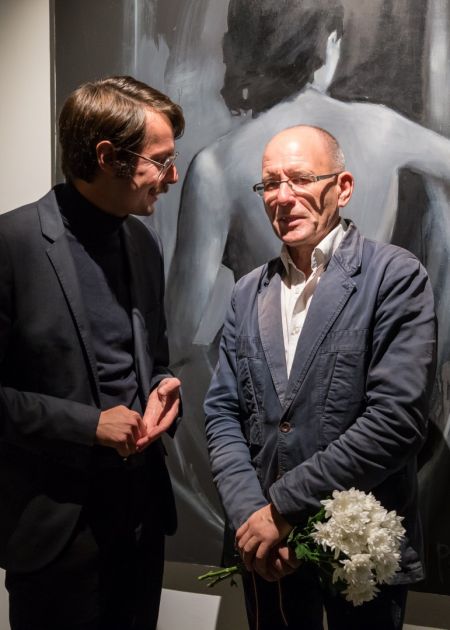 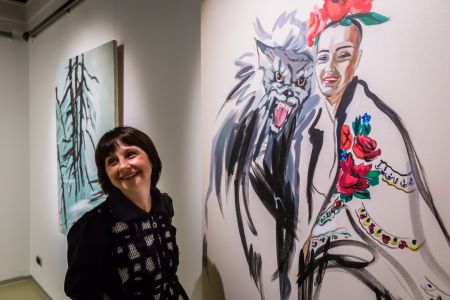