“... and She” Exhibition in Liepaja

The woman was the latest of the God’s creations. First came the heavens and the earth, the light and the darkness, the fish and the animals, the man... and ultimately, she. The most refined, the most mysterious and the most marvellous of all creations.

Is there anything as complex as the creation of female image in art? Landscapes, still lifes, battle scenes, abstractions... and the portrait of her. Portrait of a muse, inspiring artists to continue the act of creation of mundane reality. This time our attention was not as much attracted to portraits of artists’ contemporaries as to symbolic feminine images that convey artists’ feelings, thoughts, abstract ideas, and philosophic concepts.

…and She. Sometimes, to better feel or comprehend a phenomenon, we need to put it in comparison with something opposite or just different. So we thought it was a good idea to place the feminine images, whenever possible, beside other paintings of same artists. Let us look, feel and ponder together!

Viktor Vasiliev, a native of Liepaja, is a graduate of the History department of the Leningrad University. Mostly though, he was studying the history of humanity through art, his main themes being war, winter and death. Seemingly, this focus leaves little space for female characters and still we have found one, although of a historical nature. This is Venus of Willendorf, the first image of a woman created by the prehistoric man, a starting point of studies in art history.

Alexander Kabin was born in Severodvinsk, a small town on the White Sea shore. There, in the very North of Russia, in a place mostly known for shipbuilding, the young man with a technical background paints landscapes and still lifes. Humans can hardly be seen in his paintings, more often than not he paints winter dusk. Somewhat surprisingly, these works gain interest not only in the capital cities of Russia but also in Europe. How does the artist envisage the image of a woman? Can it be found in his paintings at all? Sure it can, as long as you are able to discern one in a moon shadow on the snow.

Anna Zholud, a delicate young woman from St. Petersburg, is mainly known for her metalwork installations, which she builds in her own hand making use of a welding unit and other equally masculine tools. Visitors of the Venice Biennale while observing these heavyweight constructions could not help having the question, were those really made by a woman?! Find the answer in Anna’s self-portrait. Generally, she rarely works with paints and we do not know if she has ever made other female portraits. So let us presume that this one is the one and the only!

Ilya Gaponov comes from the town of Kemerovo located on the territory of Kuzbass, the largest coal basin both in Russia and worldwide. Along with his well-known Bible cycle and miners series, this young artist from Siberia has also several works featuring women's heads. This series is called Silence. Then the best way for us to approach these paintings might be watching them in silence in order to see and understand.

Ekaterina Borodavchenko is originally from Kazakhstan but has studied and lived in the city of her dreams, St. Petersburg. Although the young artist is just at the beginning of the creative career, her paintings more than anything have supported our idea of holding this exhibition. According to Ekaterina, the main theme of her work is the relationship between humans and nature. The woman is the one who gives life. The woman is like the nature itself, the meaning and the symbol of life on the Earth.

Alan Khatagti was born and raised in the North Ossetia, one of the most beautiful places in Russia. The windows of his house overlooking the Mount Kazbek boasted a splendid contrast of snow-capped peaks and the lush greenery at the foothill — almost surreal — it was difficult not to become an artist. Female characters in his paintings are just as striking, keen and emotionally contradicting, they attract and repel at the same time, they make it possible to express everything: a powerful force and a pang of conscience.

Mikhail Grachiov, a native of St. Petersburg, comes from a family of creative background descending from an icon painter, Mikhail’s great-grandfather. The style of his work is akin to the Soviet painting school. Compared to the works of young artists ready to embrace current trends, his painting may seem old-fashioned. Still, somehow it often happens that the audience choice award goes right to his Plain Girl.

Michael Levin was born in Moscow but most of his paintings were made when he studied and worked in London — and it does not take a professional eye to notice the Western influence in his works. The Carpets series features mostly women. It offers a mix of symbols of both modern European society and the archaic East. A face of a modern European woman against the background of a carpet woven by the hands of her Eastern sister triggers a lot of interesting interpretations.

The St. Petersburg artists Alexei Semichov and Andrei Kuzmin (K&S) started off together with the Mitki Group, which became an important part of the underground art movement in the Soviet period. Since the beginning of the 90's, these artists more often work in tandem. What can a girl freezing in the woods tell? She had better be a character of a well-known childhood story The Twelve Months... We can only hope that the playful and ironic attitude, which these artists are known for, will prevail again this time round.

The new exhibition of RZ art collection is currently on display at the City Museum of Liepaia. The exhibition “... and She”, which represents about 30 paintings of modern Russian artists, is open for public from January 5th till February 28th, 2017. Please explore the following links to see the mass media reviews on this exhibition: 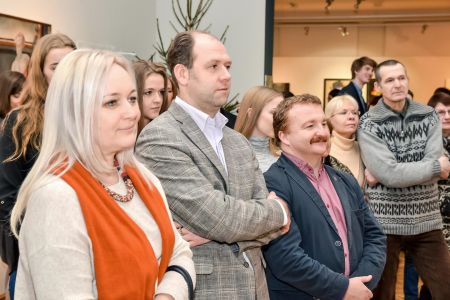 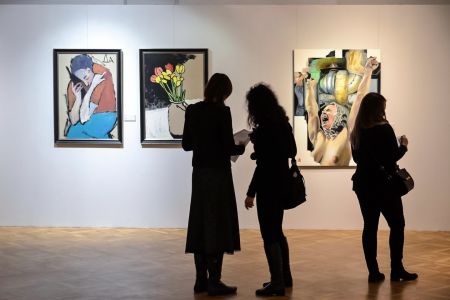 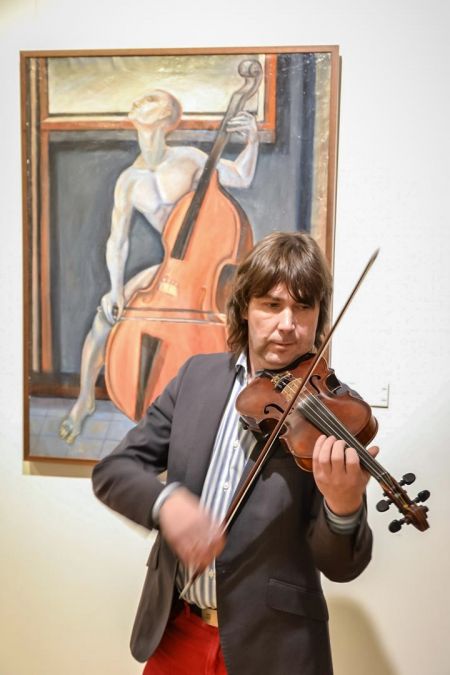 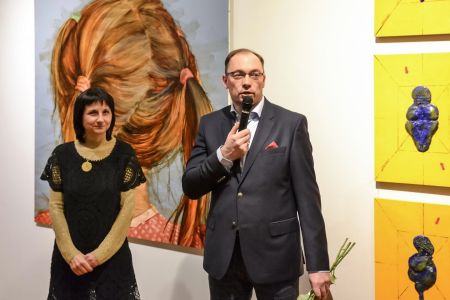 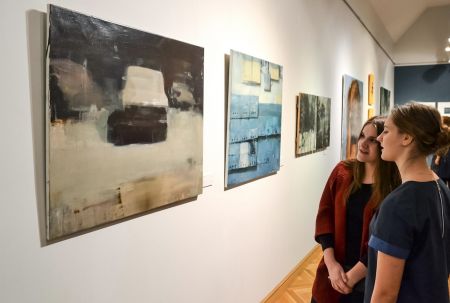 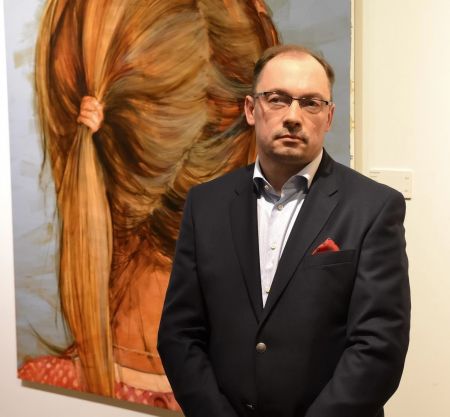