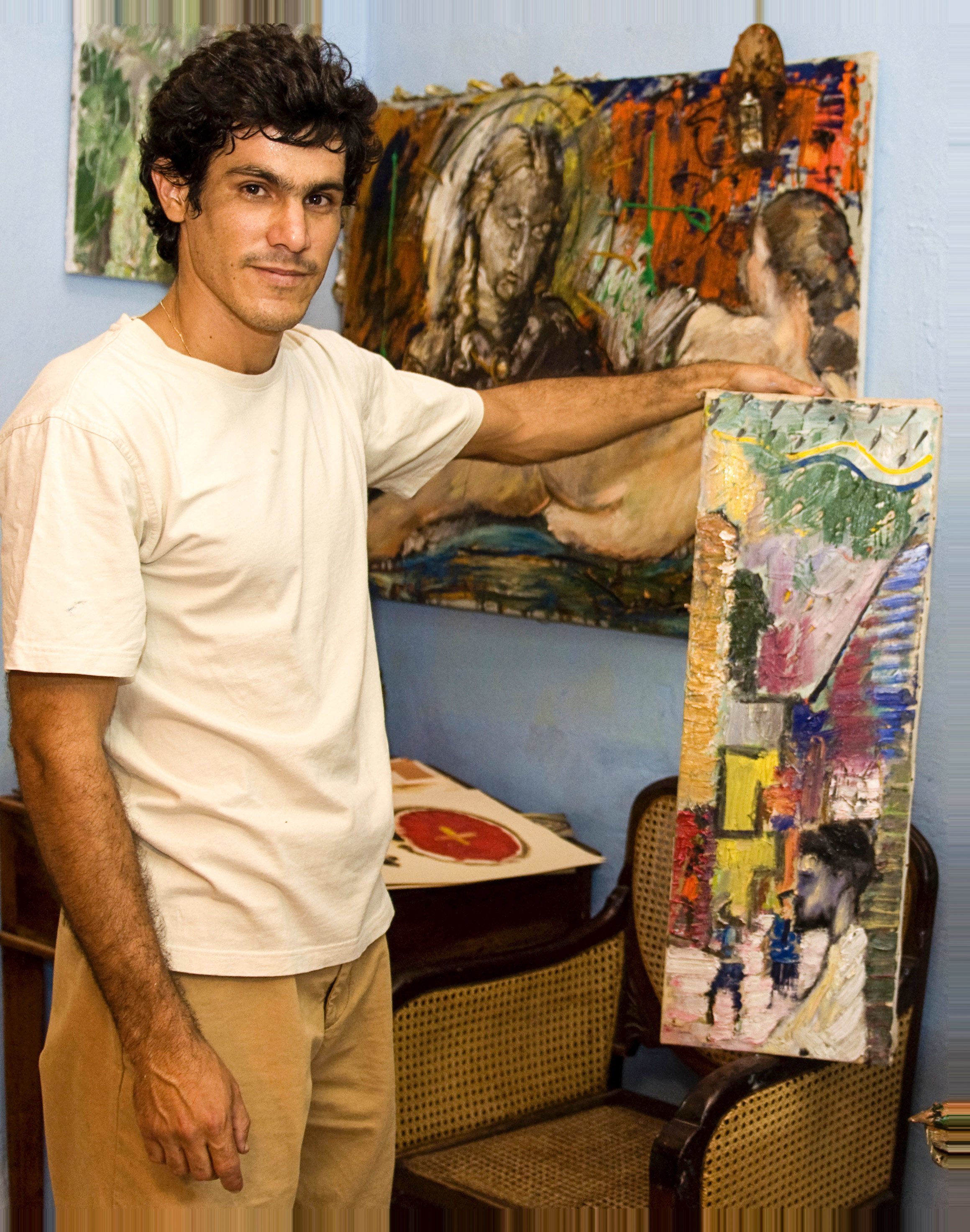 I think that painting has always accompanied me, as long as I can remember at least. I grew up seeing a painting of a great Cuban artist Maria Pepa La Marque — three white flowers in a vase, the three falls of Christ, according to the painter. It is one of the first images that my mind preserves and for me it is like an image of the soul of my family. We are of Italian origin on my mother's side and there was a good deal of talk in the family about Christ and about great painters, about Leonardo as one of the greatest, and about Gioconda, the supreme painting. About her enigmatic smile. These talks were as if addressed to someone destined to become a painter. So it was not by accident that one day when I was fourteen, the painter's vocation knocked on my door. I took a piece of cardboard, found a print of the Mona Lisa and started to sketch it with a pencil. It's been 19 years since the day I started this work and I still go on with it, it just becomes more intense every day. I continue to study the Mona Lisa.

A personal history of a man gets memorized by and physically reflected on his body. By the same token, the history of the human race gets reflected in art which is a true physical reflection, a memory of the soul of the man throughout history. Since when there is art, there’s the man; since when there is the man, there’s art. An artist is a person who, driven by his vocation, enters this memory of the soul and then his personal history becomes part of universal memory. Since then he was no longer just a kid, a teenager, a young man and so forth, he was also the Middle Ages, the Renaissance, etc. The artist’s work goes beyond the personal while still remaining personal to the extent that the artist recapitulates the universal memory by his own hands. So we enter a world that extends from the most contemporary avant-garde back to the primitive arts, as far back as the very origin of the man. The artist explores this world. While studying the universal memory he creates his own work; by creating his work he studies the universal memory. The mirror of the soul, that is what art is.

These thoughts come to my mind when I think of my work as a painter and of painting as a job. They are explained in most general terms since in this case it is impossible to delve into the specifics of a job of 19 years of constant dedication to the personal as well as to the artistic memory as old as the man himself. 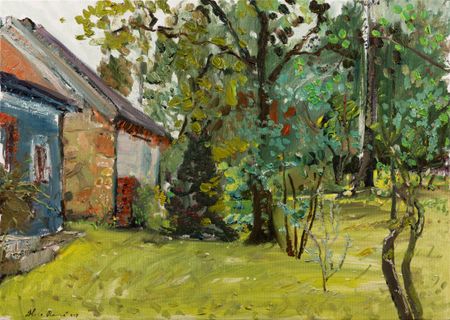 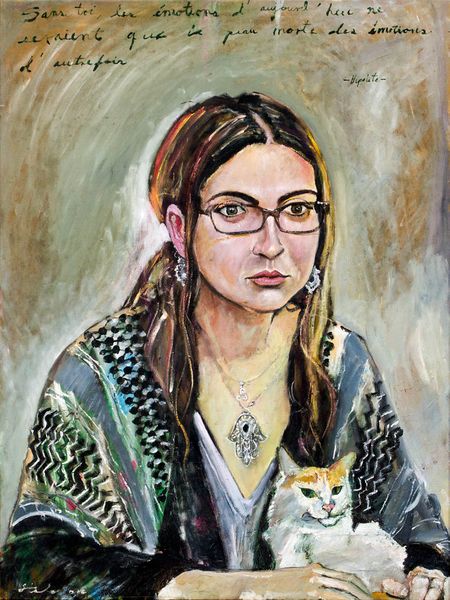 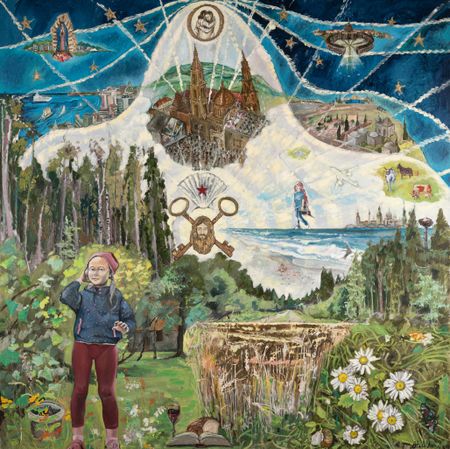 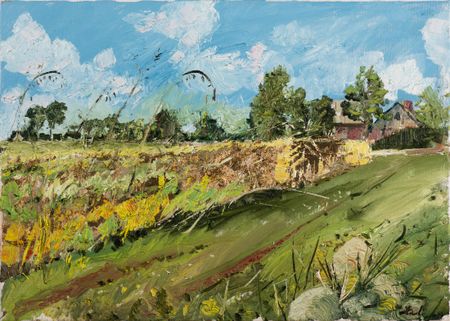 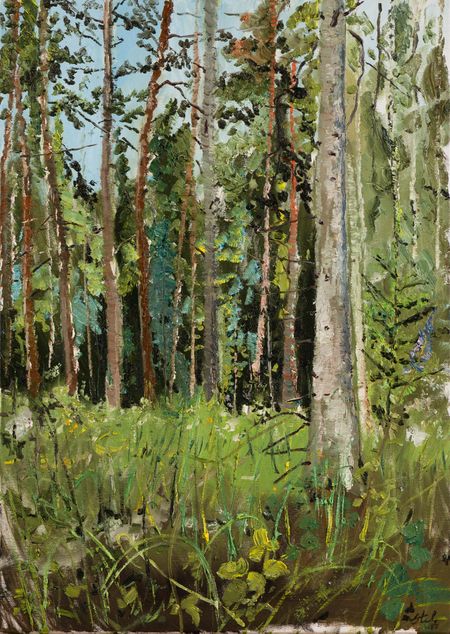 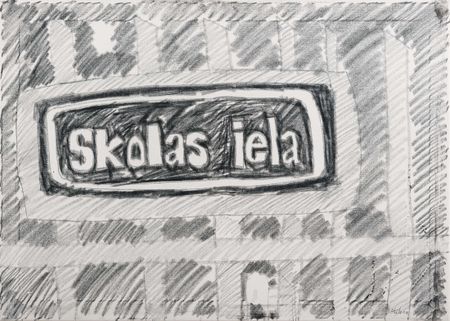 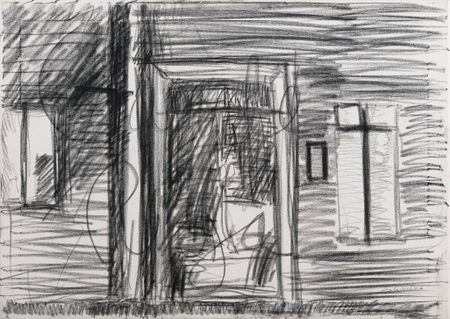 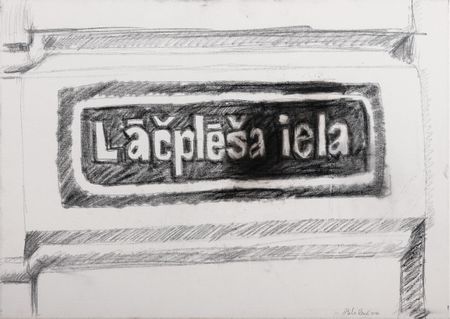 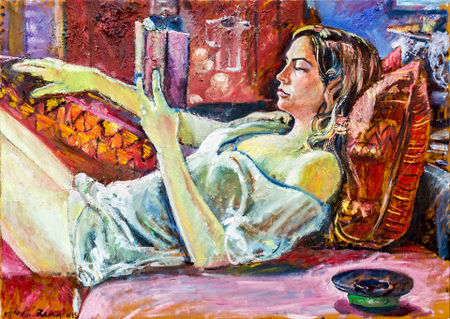 With a Book in Hand
Ítalo René Expósito 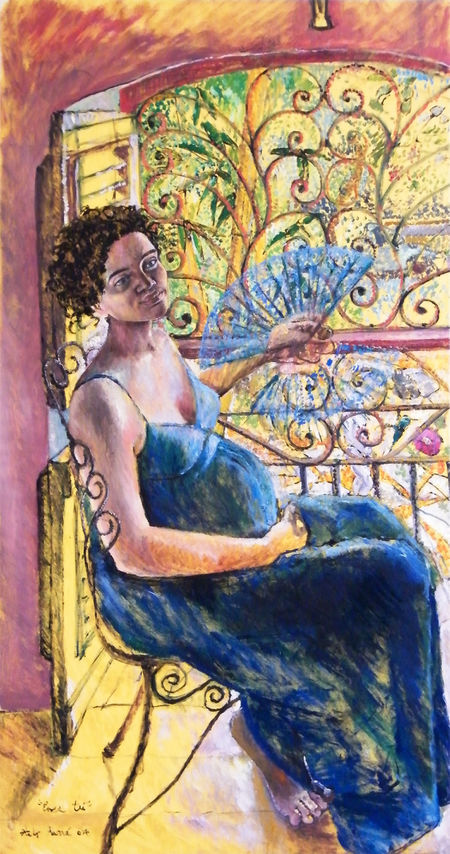 It's You
Ítalo René Expósito 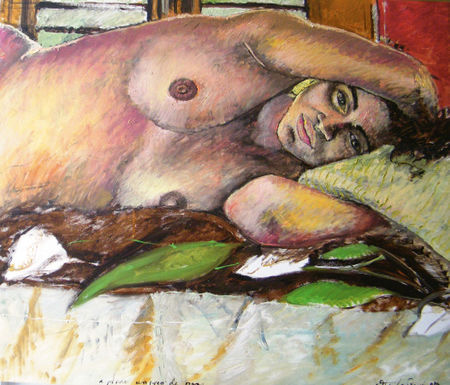 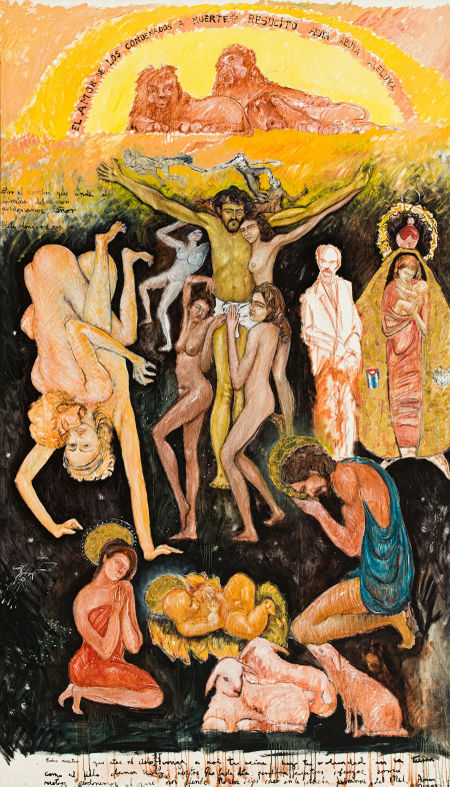 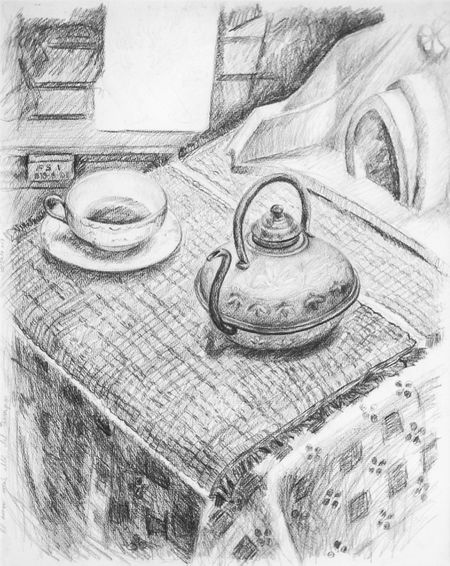 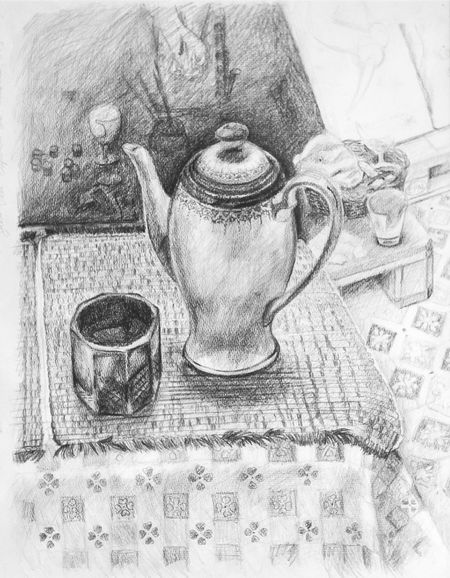 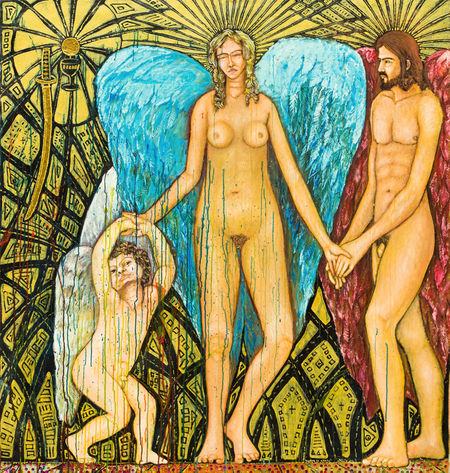 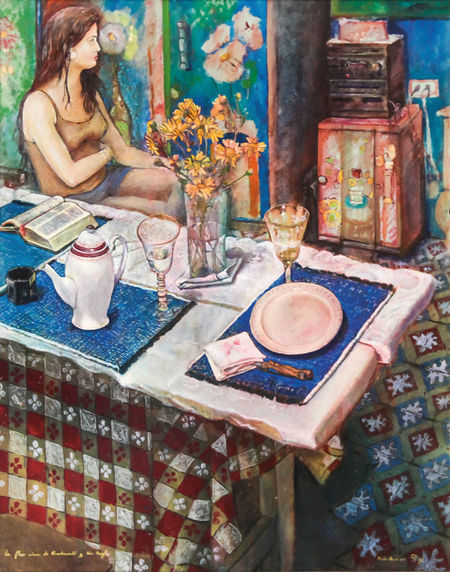 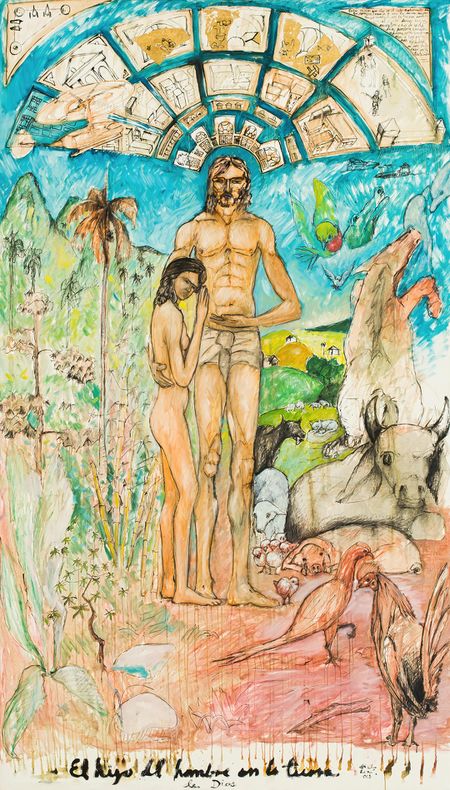 Son of Man on the Land of Gods
Ítalo René Expósito 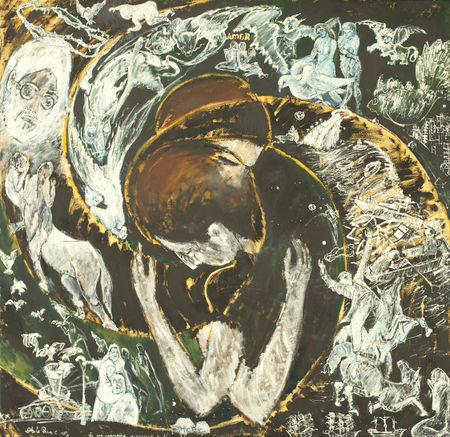 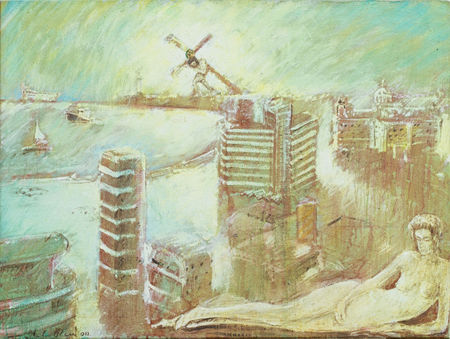 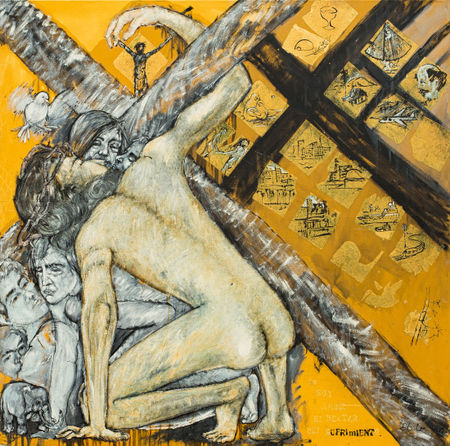 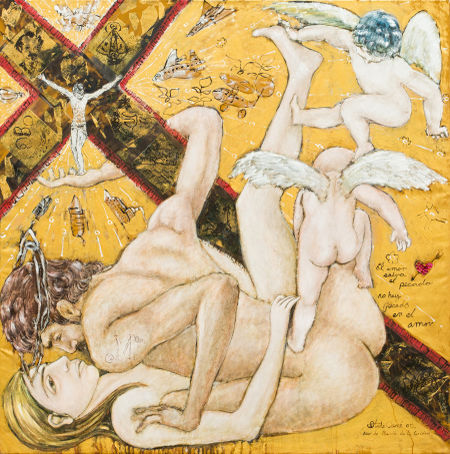 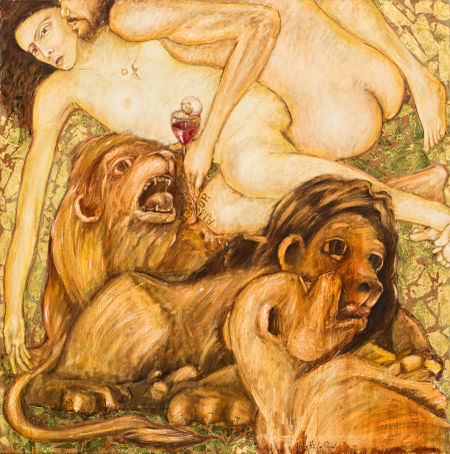 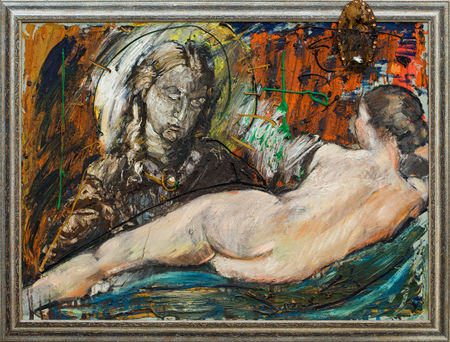 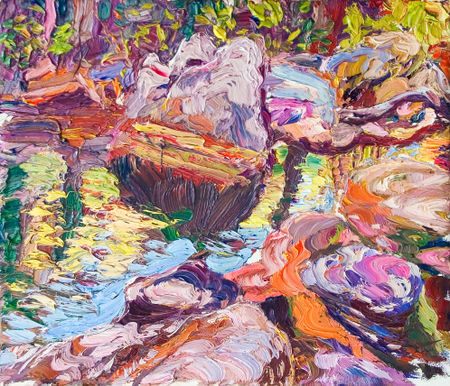 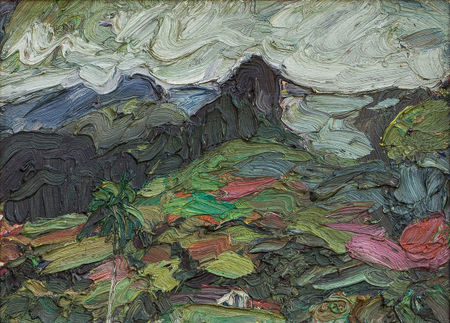