How I Became an Artist

I didn't become an artist right away. When I was very young, my parents, choosing between an art lyceum and an English school, decided that the second option was more promising; and when selecting a university, I suddenly realised that I only wanted to study at Moscow State University, where I enrolled in the sociology department. As a result, the first ten years of my career were devoted to mass communications and public relations. I can't say it wasn't interesting, on the contrary, I loved my job, but at some point, it became clear that this path had a limit, and it was close. I first experimented with art in 2008, initially as no more than a hobby, in parallel with my PR work. It was only after 10 years that I decided to give up all the rest and focus solely on art.

The works that I painted in Latvia were the result of visual and cultural impressions I gained from the trip in the perspective of what was relevant to me at the time. In Liepāja, I gathered in one space all the images that surrounded and excited me during the first two weeks: giant windmills, characters from other artworks that I viewed in the Liepāja City Museum, stone smiling faces that I saw every day, and the symbols of those Tarot cards that fell to me. The overly bright colours contrast with the weirdness of what was going on, adding a sense of unease and tension. 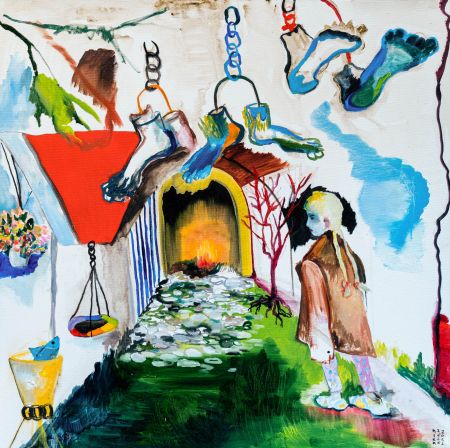 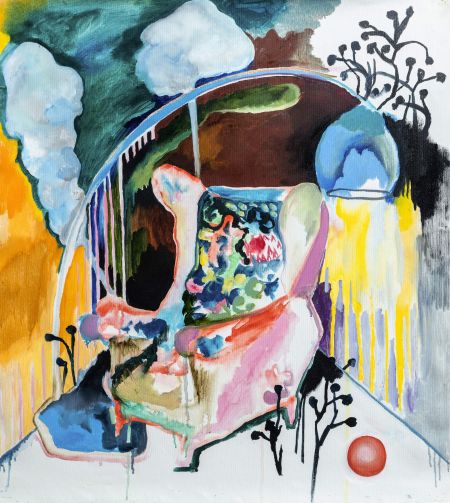