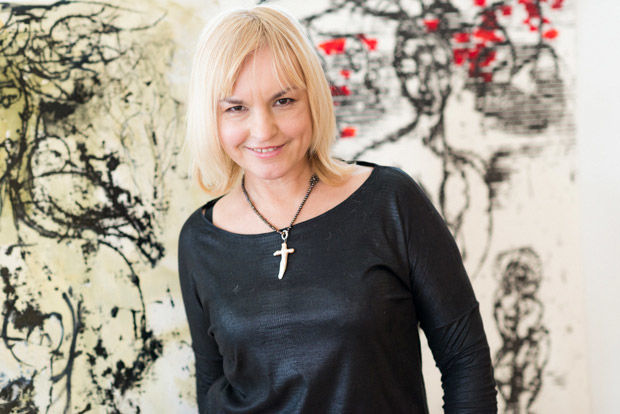 As long as I remember myself, including my early years in a shared apartment in Riga, I always drew. It wasn’t that I was given some kind of personal privilege. On the contrary, I had an impression that I was not like everyone else — I did not have friends, I did not go to kindergarten, I knew to do very little, and I was not particularly good at anything except for drawing funny characters. I drew and voiced my characters out loud, made them talk and interact. I drew and spoke at the same time.

There was only one problem then, the pencil went blunt too often. And I would venture to call on neighbors and all of them helped me to sharpen my pencils. There were no markers or drawing pens at that time.

Then life took me from Latvia to the town of Lvov in Western Ukraine where I entered the Printing and Publishing Institute and studied book graphics. There, I got to know the unique Ukrainian culture, married a Ukrainian artist, made first exhibitions, and for the first time got under the KGB surveillance, as any attempts of free-thinking would entail enquires and threats. My protest against the system was manifested by the open sexuality of my works that was challenging the Soviet reality. Besides, I took to the theme because I viewed sexuality as one of the languages of love and life continuation.

Then I took studies at the Latvian Academy of Fine Arts. It was a calm period when I was able to quietly evolve and comprehend the experience and knowledge acquired in Ukraine.

In recent years, after a certain break (which is always a painful period for any artist), I am coming back to drawing on paper — as I used to do as a kid, and I am returning to colours in monotyping on canvas. 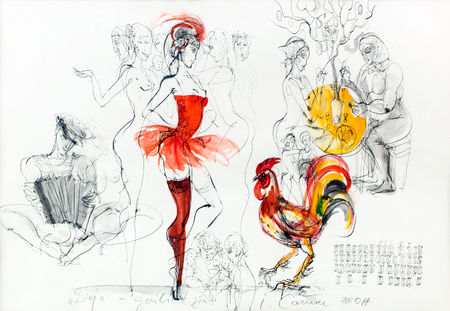 Dance With a Rooster
Ieva Caruka 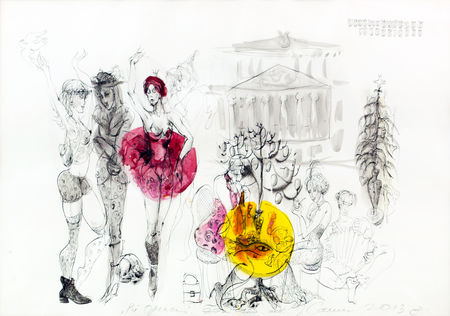 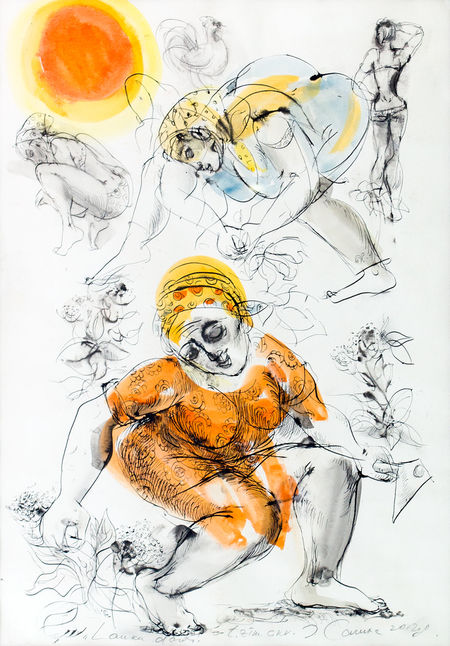 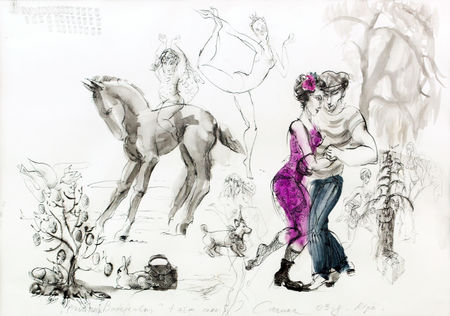 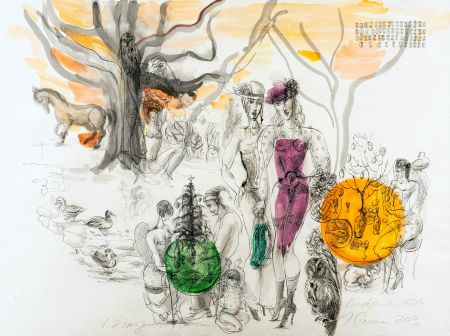