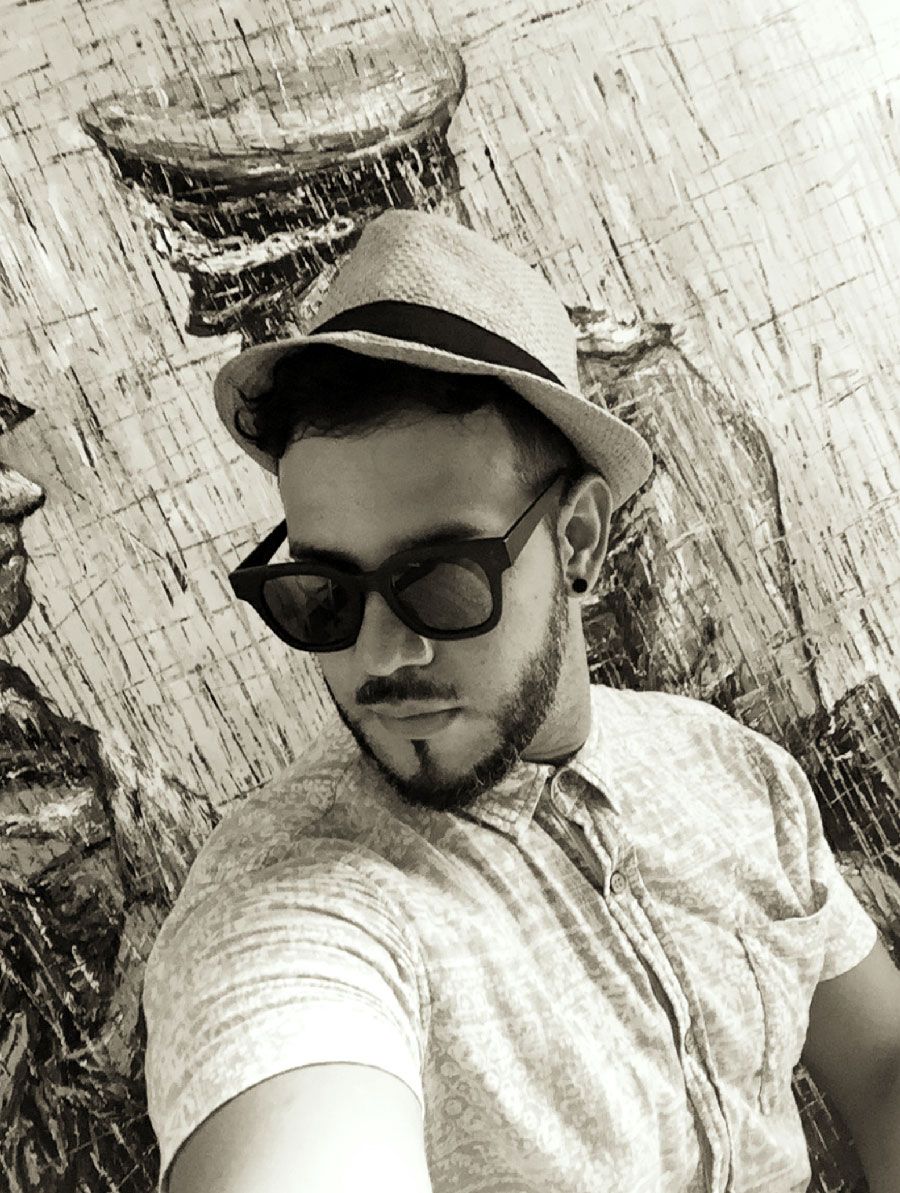 It was my mother who first encouraged my taste for drawing and painting when she noticed that a pencil and paper were my best tranquilizers from a very early age. My parents are professionals coming from two different areas, my mother works in accounting and my father is a mechanical engineer. Not too many people in my family are involved in the arts but still we have a couple: one of my cousins is a graphic designer and another is a painter.

As a child, I always enjoyed and never stopped drawing and painting on any surface within reach, from a piece of paper to a dusty car window. I was a very observant kid and used to invent stories and characters from what I might have picked up, be it an animated film or anything that happened around. My school teachers were not too happy seeing my notebooks full of sketches. I spent most of my class time drawing — that was my world. Those were the first steps towards what would be my transformation into a visual artist. As a teenager, I grew even more enthusiastic about my inclination until finally I decided to study visual arts and become an artist. It was a firm decision that I have never given up.

I was born and raised in Havana, that’s where I was trained and made my entire artistic career. I still live and work in this city, the birthplace of the young artistic avant-garde in Cuba. Havana is a magical city which has a very special beauty and energy, it is a mixture of inspiring elements, colours and feelings. It has been widely photographed, painted and sung by national and foreign artists alike. It is full of stories and traditions that make it a unique place in the world. As a Cuban and Havana native, I feel proud of my city although the deterioration and shortages in the day-to-day life make me think of relocation to a different country.

Throughout my career and my years as a student I was influenced by various national and foreign artists. Visual forms in search of a sincere discourse have always attracted me more than anything in art, even more than artistic skills or technique. The list can be somewhat lengthy, but speaking of the most important Cuban artists I can mention Fidelio Ponce de León, a representative of the 20th century avant-garde. His unique visuality skills and palette make him the best Cuban painter of the past century for me. Other masters such as Wifredo Lam, Carlos Enríquez and Antonia Eiriz are definitely worth mentioning too. All of them in one form or another have influenced my way of making art and I will always admire them.

Among the contemporary Cuban artists I should mention Nelson Domínguez, Carlos Quintana, Santiago Olazábal and Rigoberto Mena to name a few. The greatest influence of my student years was Francisco Javier Arteaga, an artist and professor of painting. He was coming from a golden generation of the fine arts in Cuba in the 70s and 80s, and was a graduate from the National Art School (ENA) alongside with many other prominent masters of visual arts such as Flavio Garciandía, Julia Valdés, Ángel Alfaro and Pedro Pablo Oliva. The contribution from their experience gave a radical turn to the conception that I had of art, greatly promoted my formation as an artist and my definitive take-off in this world of creation.

Explaining my work has always been difficult for me. What I like most about my art pieces (speaking as a spectator) is the way in which the visual elements correlate and how they contribute to shape a story within a piece. Perhaps the most difficult part is to know when an piece is finished. Quite often I keep working on a seemingly finalized piece and then it evolves into something different, for good or for bad. I think that my inconformity and constant search of new ways to conceive a painting, my continuous learning and never-ending experiments prevent my work from becoming stagnant and burdened with pictorial formulas that border on monotony. 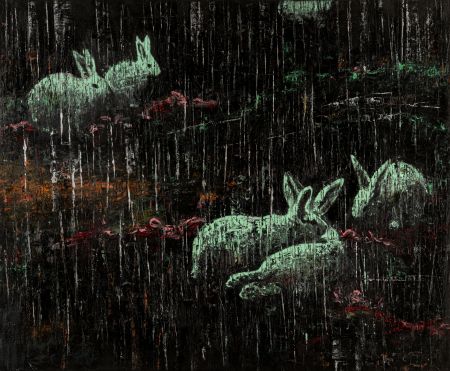