An artist residence near Liepaja run by a patron, businessman, and art collector Raivis Zabis hosted two artists during the month of August. Liudmila López Domínguez came from Havana, Cuba, and Natalia Spechinskaya was from St. Petersburg. Artists from all over the world have been staying there already for several years and Mr. Zabis is full of confidence to open up this place one day to the public as a place of cultural significance.

The footwear for the music

Liudmila López Domínguez visited Riga last year with her family. It was her fist time in Kurzeme (Kurland). “I feel very relaxed here because the scenery is very beautiful. Everything is so fresh and green. The surroundings calm me down, I feel very free here, and it helps me to create. In Cuba the water is bluer, however the sea is still the sea”, says the artist. She travels a lot as it helps her to get new impressions, which in turn adds new value to her artwork.

Liudmila has been an artist for 20 years now. Her work focuses on gender, and she has chosen to work with the theme of legs. “Legs are a very important part of a female body”, she says. While in residency in Latvia she created footwear which resulted in four impressive artwork exhibits. It has been already eight years now since Liudmila created her first sculpture. In the beginning her artworks were flat, but later they were transformed into 3-D images. Having received the invitation to the residence in Latvia, the artist worked out ideas and sent them to be digitalized while still in Cuba. To get their spatial shape, the shoes were firstly brought to Spain. Latvian residency is the final stage to create the sculptures. “The work has to be precise, there are many details that have to be put together. The components of the artwork are cut on a flat surface, that’s why the end result is unexpected even for me,” says Liudmila.

“Liepaja has strong ties with music, there is a symphony orchestra in the town, and I wanted to reflect it in these shoes,” says Liudmila. She does not play any instrument herself, but the artist’s daughter is a pianist. These four artworks were created in ten days, which is less time than usual. The fact that the residence is very quiet has helped her a lot to get the work done in such a short period of time. “These sculptures definitely have the energy of Latvia. My goal was to get Latvians, especially the people of Liepaja, to see a part of themselves in this artwork”, says the artist.

Encounter with a badger

According to Natalia Spechinskaya, artists are divided into realists, who make academic high-level art, and modernists, who have a distorted understanding of art. “I belong to the second group,” she laughs. “I like eclecticism — a mix of styles and techniques. I don´t like to paint an obvious storyline. I like to encrypt it, to make a puzzle. It´s the transmission of dreams. Everything is well understood, but it doesn’t look like reality.”

The work represents events from Natalia’s life, but they are not important to the viewers, who have to decipher the painting themselves. The artist has been to Latvia many times because her family has a summer house in Ainaži. The sea and dunes evoke memories and associations that also indirectly end up in her artwork. Natalia´s upcoming work is called “Those following the footsteps”, and it consists of three parts. “I have a lot of segmented works in such way. Each canvas can be a separate painting in itself,” she says. Mostly the artist works with oil paints that have to dry, that’s why the process is time consuming. During the time spent in the residence, one painting entitled “Caryatides” has already been completed. “It is a greeting from St. Petersburg, where a great deal of atlantes and caryatides support the buildings. This painting also consists of three segments which can be viewed separately, and their position can be changed,” Spechinskaya admits.

Working in the old building of the residence is a pure pleasure for Natalia, maybe lacking a bit of light. “But I am a person of an older generation, and I can work under any conditions. There is a wonderful vibe that comes from the old house, the countryside, and the animals. I will never forget the encounter with a badger! It came straight at me — it was so huge and well-groomed. I have also seen a fox and roes. It all gives inspiration for painting,” says the artist. St. Petersburg has little sun, everything is grey, there is a lack of colours, therefore the painter really likes to get out of it and offer colourful emotions to the viewer.

Art Incubator is being created

Raivis Zabis admits that he likes to work with people who have already achieved something and know what they want in life. “My idea is to turn this place into an art incubator. I hope to succeed with it during the next decade. The buildings are slowly being renovated, the artists have a place to work and live. I organize brainstorming sessions with young architects to find out how to use the former cattle-shed, which could become a museum or a cultural centre for the art created here. I am not introducing this place to many people now because it is not finished. Until everything is sorted out, I don´t want to talk about it,” says the businessman.

There have been no Latvian artists in the residence so far, although there is a possibility that a local artist from Liepaja could join following the two Russian artists. According to Mr. Zabis, the art in Latvia is currently still week, while in many other countries art is recognized as a proof of national identity and also as an export commodity. If we want art as an export commodity in Latvia, we need to start networking with artists from other countries. Artists who have stayed in this residence, help each other out. If one holds an exhibition, he invites the others. They live in different parts of the world, but they find ways to collaborate. They spread the word about Latvia and Liepaja around the world. This is the way to get recognition.

Links
Source of the article 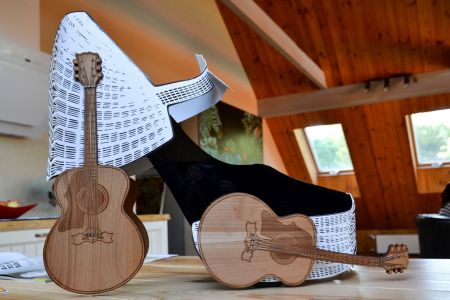 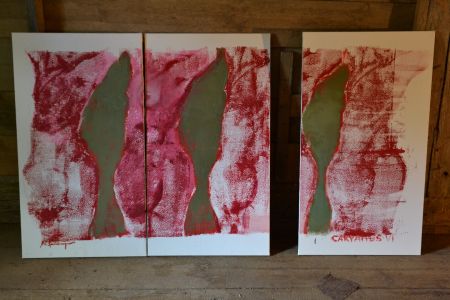 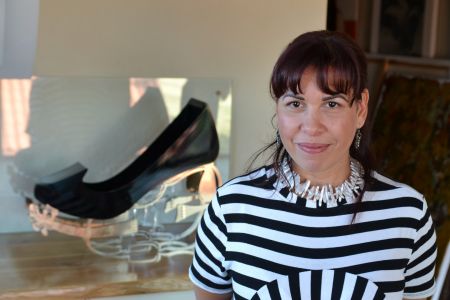 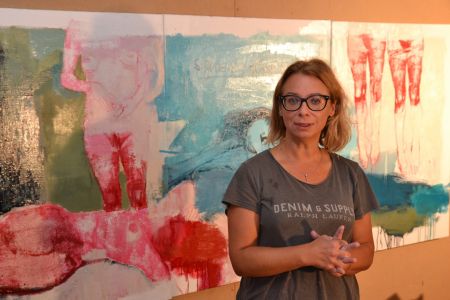 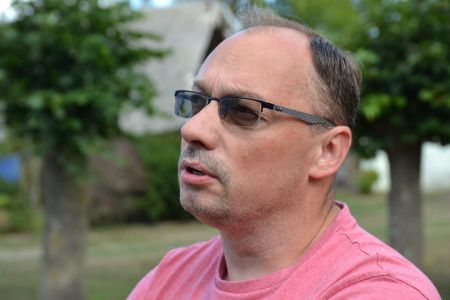