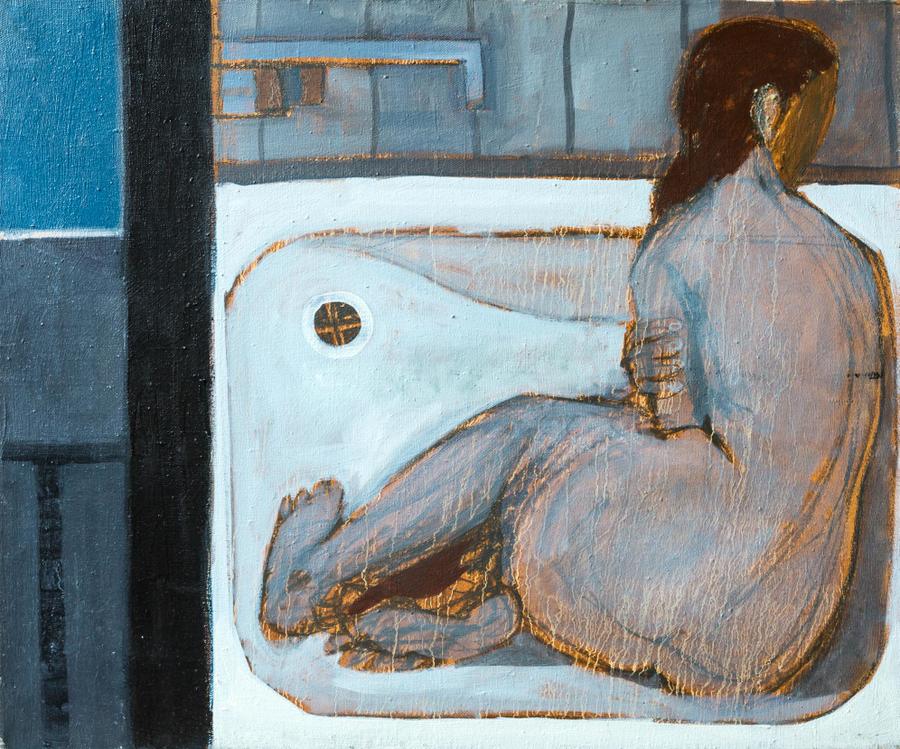 A Girl in the Bathroom

A Girl in the Bathroom is a picture from the Northern Summer series. This cycle was made for the exhibition “North-South”, held in Krasnodar by the Manezh Central Exhibition Hall. Canvases were exhibited in a row like a film footage or a movie storyboard. The next to monochrome colour range contributed to a movie-like atmosphere, sort of a late-Soviet black and white social drama film. Hardly there was any consistent plot but, due to repetitions and variations, one was getting an impression that it existed, and that the story was evolving and coming to an end, which, in fact, never happened. The girl featured in three works: in the first — as a stranger in a seatown setting, on the second — in the bathroom. In the third work the girl in the bathroom appeared as a screen scene on a monitor, centre-staged in a gloomy still life. In general, the series created an impression of a calm northern narrative, leisurely paced, devoid of sharp turns, and, at the same time, full of implied lyrical sadness and reserved charm.